15 Actors Who Auditioned For Disney Movies But Were Rejected

Have you ever wondered what some of your favorite Disney characters would have been like had they been voiced by a different actor? The fact is the competition is often stiff and the talent auditioning for these jobs is incredible. For one reason or another these actors didn't end up playing the roles they had hoped for – sometimes it was a missed call, other actors were rejected after recording an entire movie, and in one case an actor rejected THEMSELVES for a role since they felt they couldn't do it justice.
William H Macy might just have received one of the worst rejections of all – he auditioned, booked the job, recorded the movie and then was replaced. We have no doubt this particular role was a tough loss.
A real-life queen was considered to play a very special Disney princess but since they refused to audition Disney refused to cast them. Bill Murray was a frontrunner for a job and the production team even tried to get in touch with him to talk about collaborating together, but Murray had a 1 800 number and an answering machine that didn't work out so well... And that was when he lost the gig.
One Disney princess had a star-studded lineup of actresses, singers, and even a model auditioning - the competition was fierce. A few comedians missed out on some pretty major roles, in one case it was the result of a creative change in the character and another’s performance was just beat.
Casting is so subjective - any of these performers could have brought something special to each role, but we do love how these movies worked out in the end!

15 Actors Who Auditioned For Disney Movies But Were Rejected 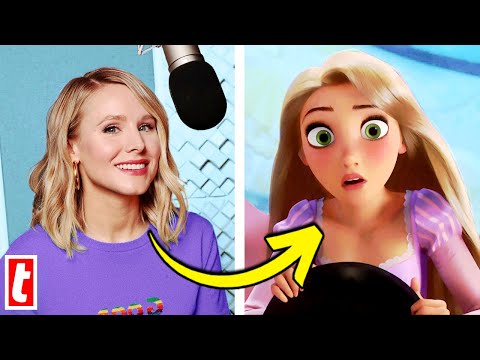 Have you ever wondered what some of your favorite Disney characters would have been like had they been voiced by a different actor? The fact is the co...